Whither The Utopia Experiment? 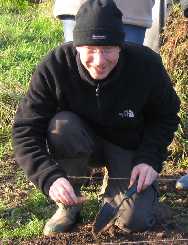 On 22nd November Dylan Evans abruptly ended The Utopia Experiment (TUE) less than half way through its planned duration:

“The original aim of the experiment was to find out what life would be like in the aftermath of the collapse of industrial civilisation. I have now collected enough information to achieve this aim. There is therefore no need to continue the experiment any further.”

No doubt there’s a bit more to it than that but we’ll probably have to wait for Dylan’s forthcoming book to hear the much more. I have a brief explanation for you: Dylan changed just about everything in his life while setting up the experiment and, having arrived in his ‘new life’, felt very uncomfortable in it.

Fortunately the outside world still exists much as it was a year ago and Dylan has escaped back into it. If things develop as his scenario suggests – and I expect – that option will become less available within a few years. Nearly all recent news on the three main threats (economic, oil and resources, climate) has been about as bad as could realistically been imagined over this last year.

So I would say the original premise for TUE is even more valid than it was a year ago and the project should and will continue, we’re calling it Phoenix for now.

Over fifty people have volunteered and stayed in the first nine months, aged from two years to late sixties, from as far afield as USA and India. The overwhelming majority want to return and there’s a hard core of about ten who intend to return as often as they can to progress the project.

The photo shows Dylan planting our very first seed at TUE, October 31st 2006, a jerusalem artichoke. We didn’t expect then that Dylan would have moved on before it cropped. I dug that plant on 8th December 2007.

The next couple of months are dark (often little more than six hours greylight), cold and often wet in northern Scotland so not too much will be progressing on the site – though we will be organising get-togethers there when enough people can coincide. It’s an ideal time to get ourselves more organised online, research projects and sources of funds, plan for the coming year. We have a new Yahoo Group:
https://groups.yahoo.com/group/tuephoenix/

You can read everything there without becoming a member or getting a Yahoo identity but I encourage you to join, comment and contribute when you can. One of our failings over the first half of the project has been the lack of synergy between the online and onsite aspects of the project, we need more people to get more heavily involved online. I would like to see the online community taking a lead role in shaping how Phoenix evolves, researching and coordinating what it does.

If you have a spare week or two, even just a long weekend, and are in range of Inverness then you would be welcome to visit – subject to free space – and join in the ‘live’ part of the project. There’s accomodation for up to ten in winter, fourteen in summer, space for tents and a guest house next door.

Lots has been achieved in the first half of the project. All the basic infrastructure is in place; we’ve been over 90% self-sufficient in vegetables since late July; grow over 50 different vegetables (about 300 varieties), over 30 different herbs; keep chickens and pigs; do many ‘old fashioned’ skills like make bread, jam, chutney, wine, beer; children REALLY love being there.

It’s not a permanent settlement nor does it have any permanent residents – part of its uniqueness is its revolving population and the changes and challenges that brings.

TUE is dead, Phoenix lives. We owe a very big thanks to Dylan for having the imagination to conceive TUE and the courage to make it happen; love, hugs and blessed be to you D, fare you well.

One Response to “Whither The Utopia Experiment?”