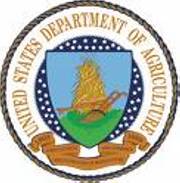 Small beginnings There has been a rush of government announcements for loans to bring off-grid power to both rural and urban areas.

The Department of Agriculture has issued two schemes and the Public Health and Welfare section of the United States code calls for the Energy Secretary to favor projects which include “designing a local distributed energy system that incorporates renewable hydrogen production, off- grid electricity production….in industrial or commercial service.”

§ 904. Loans by Secretary of Agriculture for electrical plants and transmission lines; preferences; consent of State authorities

The Secretary is authorized and empowered, from the sums hereinbefore

authorized, to make loans for rural electrification to persons,

limited-dividend associations, organized under the laws of any State or

Territory of the United States, for the purpose of financing the

construction and operation of generating plants, electric transmission and

distribution lines or systems for the furnishing and improving of electric

service to persons in rural areas, including by assisting electric

borrowers to implement demand side management, energy efficiency and

and loans, from funds available under section 903 of this title, to

cooperative associations and municipalities for the purpose of enabling

said cooperative associations, and municipalities to the extent that such

indebtedness was incurred with respect to electric transmission and

areas, to discharge or refinance long-term debts owned by them to the

Tennessee Valley Authority on account of loans made or credit extended

under the terms of the Tennessee Valley Authority Act of 1933, as amended

shall give preference to States, Territories, and subdivisions and agencies

nonprofit, or limited-dividend associations, the projects of which comply

with the requirements of this chapter.

income, except that no loan for the construction, operation, or enlargement

authority having jurisdiction in the premises is first obtained.

States for loans of similar maturity, plus 1/8 of 1 percent.

certifies that in his judgment the security therefor is reasonably adequate

and such loan will be repaid within the time agreed.

§ 902. General authority of Secretary of Agriculture

The Secretary of Agriculture (referred to in this chapter as the

“Secretary”) is authorized and empowered to make loans in the several

States and Territories of the United States for rural electrification and

for the purpose of furnishing and improving electric and telephone service

in rural areas, as provided in this chapter, and for the purpose of

efficiency and conservation programs, and on-grid and off-grid renewable

(b) Investigations and reports

The Secretary may make, or cause to be made, studies, investigations, and

reports regarding matters, including financial, technological, and

regulatory matters, affecting the condition and progress of electric,

telecommunications, and economic development in rural areas, and publish

and disseminate information with respect to the matters.

TITLE 42 — THE PUBLIC HEALTH AND WELFARE

In carrying out the programs under this section, the Secretary shall fund

a limited number of demonstration projects, consistent with this subchapter

and a determination of the maturity, cost-effectiveness, and environmental

impacts of technologies supporting each project. In selecting projects

under this subsection, the Secretary shall, to the extent practicable and

in the public interest, select projects that—

or installations, such as existing office buildings, military bases,

(2) depend on reliable power from hydrogen to carry out essential

(3) lead to the replication of hydrogen technologies and draw such

technologies into the marketplace;

(4) include vehicle, portable, and stationary demonstrations of fuel

(5) address the interdependency of demand for hydrogen fuel cell

(6) raise awareness of hydrogen technology among the public;

(7) facilitate identification of an optimum technology among competing

(9) carry out demonstrations of evolving hydrogen and fuel cell

land, as selected by the Secretary;

(10) carry out a program to demonstrate developmental hydrogen and fuel

versions of the learning demonstrations program concept of the Department

(11) in accordance with any code or standards developed in a region,

corridors along the interstate highway system in varied climates across

the United States; and

(12) fund demonstration programs that explore the use of hydrogen

agricultural fuels, including the use of hydrogen in hybrid electric,

The Secretary shall give preference to projects which address multiple

elements contained in paragraphs (1) through (12).

(A) devising system design concepts that provide for the use of

advanced composite vehicles in programs under section 16122 of this

(i) have as a primary goal the reduction of drive energy

(ii) after 2010, add another research and development phase, as

defined in subsection (c), including the vehicle and infrastructure

concept of the Department; and

(iii) are managed through an enhanced FreedomCAR program within the

Department that encourages involvement in cost-shared projects by

manufacturers and governments; and

(B) designing a local distributed energy system that—

electricity production, and fleet applications in industrial or

(ii) integrates energy or applications described in clause (i),

such as stationary, portable, micro, and mobile fuel cells, into a

(iii) is managed in cooperation with industry, State, tribal, and

generators and distributors of electricity.

In carrying out the demonstrations under subsection (a), the Secretary,

in consultation with the Task Force and the Technical Advisory Committee,

concepts, planning, and applications; and

(2) during the second phase of the learning demonstrations under

There are authorized to be appropriated to carry out this section—