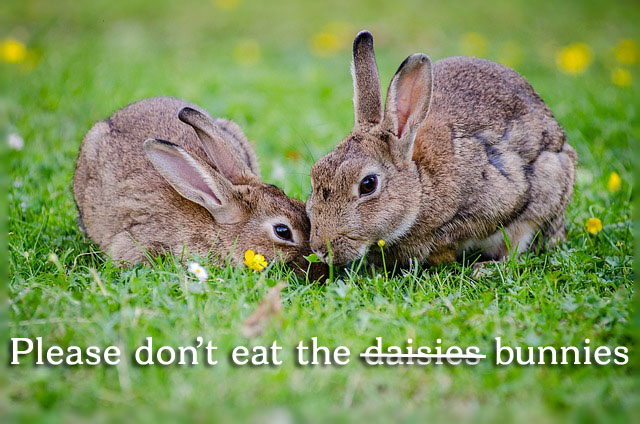 I’m really concerned about how people, especially young people will fare if/when TSHTF, I am right now, as I type, having a conversation with a young lady (23 years old she told me) on a Facebook group about frugal living. There have been some photos posted of people butchering their meat animals, chickens, roosters, rabbits and the such, though as I went through the page, honestly I saw only a couple of photos of someone with the dead animal in the photo that they intended to butcher.

This particular young lady posted a plea to the group to not post photos of animals being slaughtered (her words) for meat as these animals are cute and in her mind shouldn’t be considered for food, or at the very least not discussed on the FRUGAL living group as this “upsets her”. She posted a couple of pictures of cute baby chicks and baby bunnies to drive home her point.

I carefully penned a reply explaining why it’s frugal to raise and butcher your own meat animals, and that I’d prefer to see an animal raised on a home setting or small farm setting and butchered in a humane manner rather than animals being raised in commercial settings, never seeing the light of day, never touching the earth, being fed soy based feed, growth hormones, antibiotics, to have never felt the loving hand of a human and the such.

I wrote in the most polite and empathetic manner possible, but the conversation quickly degraded to her asking me why I don’t raise cute puppies for meat. You can see the full conversation below, I blurred out the names for privacy purposes. For the record, she also told me she does eat meat, just not red meat or rabbits. I am not interested in bashing or making fun of this young lady, I am sincerely concerned about the lack of knowledge as to where our food comes from, and the future of our society, especially if things go south. 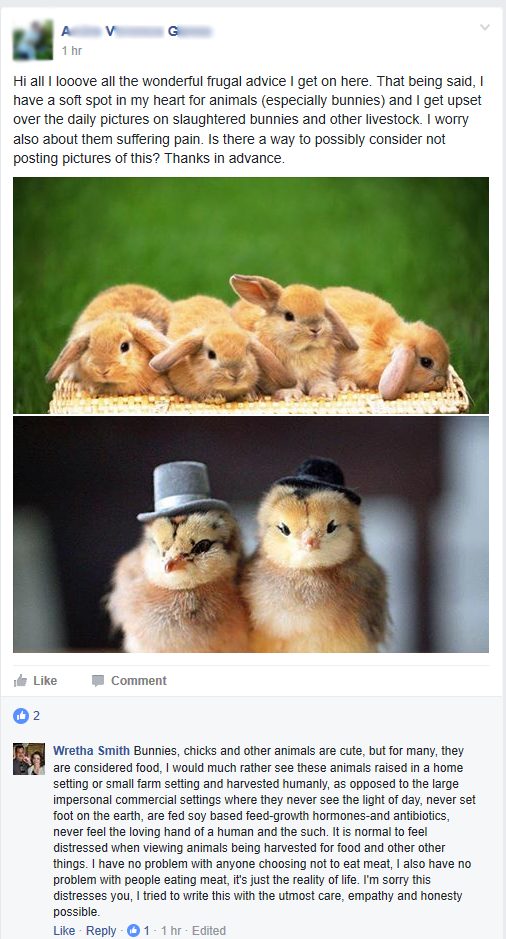 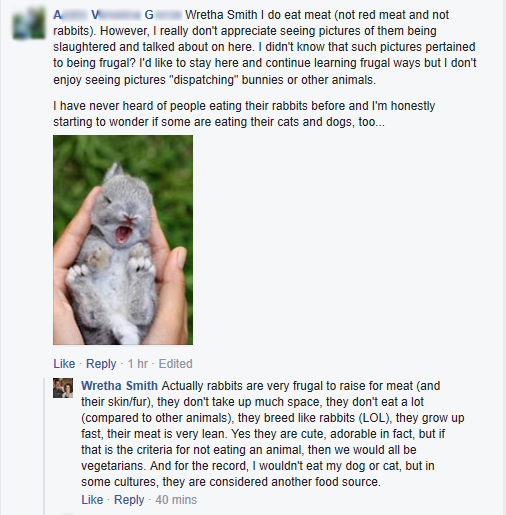 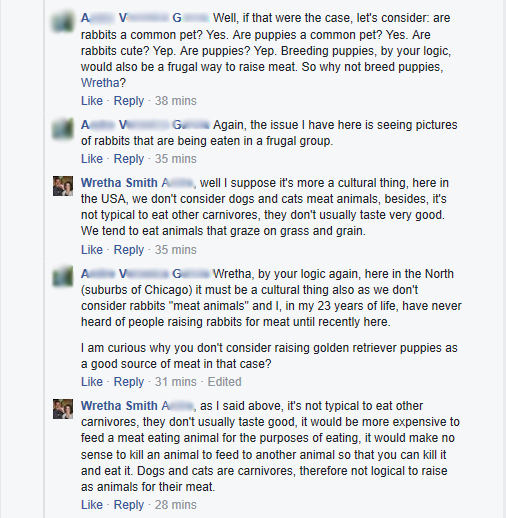 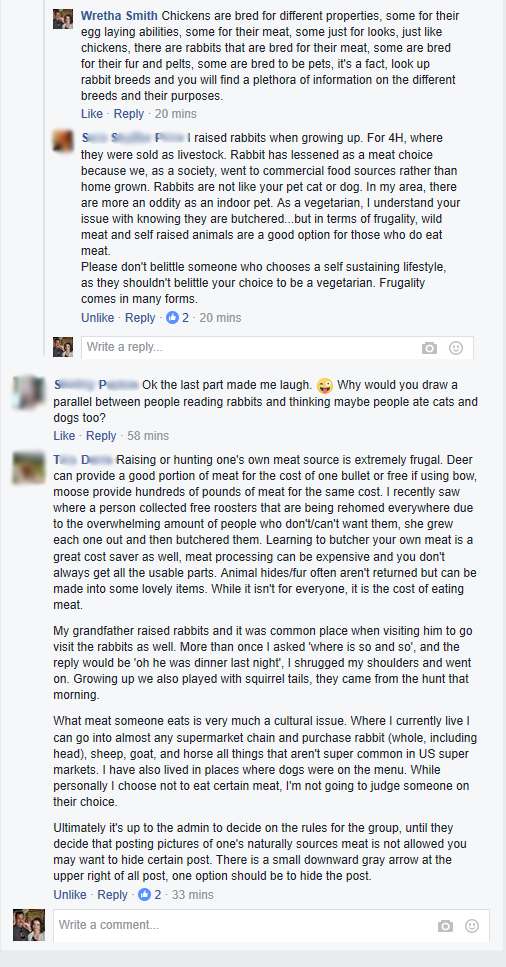 One Response to “Please don’t eat the bunnies”