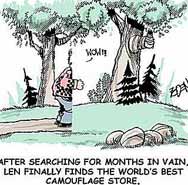 In the next few years, Ron Taylor plans to drop off grid. His oil-fired furnace is gone, replaced by eco-electric heat, and he is harvesting rainwater at his century-old, five-bedroom farmhouse h near Mushaboom, N.S., a seaside town immortalized by singer Feist.

The next step is to put on a new roof with solar panels, then throw up a windmill on the two-acre property.

It may sound like a save-the-planet, back-to-nature renovation. But Mr. Taylor is a Toronto-based real-estate developer. He has worked on monster projects such as London’s Canary Wharf and the redevelopment of Halifax’s harbourfront. And he is dropping big money to drop off the grid in Mushaboom. The project is budgeted at upward of $40,000.

Barton M. Biggs, a former chief global strategist at Morgan Stanley knows why this trend is gathering pace. In his new book,