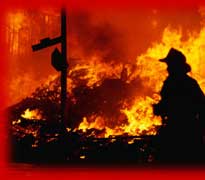 Reese’s building methods were unconventional, but the home was constructed with insurance risk in mind, said Michelle Johnson, a Neil-Garing Insurance Agency broker who helped get Reese’s home insured by AIG’s private client group. The private client group, which caters to wealthy individuals, has always been more willing to insure different homes.

“I built the home and built it off grid because I wanted to be kinder to Mother Nature,” Reese said. “I wanted to live my life in accordance with my beliefs.

Sean Walsh returned to his mother’s San Diego home after the October wildfires to find it charred to its foundation. He says he plans to help her rebuild the trilevel, five-bedroom abode — happily used to host 19 grandkids — exactly as it was, only greener.

Two major insurers are launching “green” insurance programs that will let homeowners reconstruct their property with more environmentally friendly building materials, appliances and landscaping, even if it costs more than the replacement value stated in the policy.

One major insurer, Fireman’s Fund, is launching its “green” insurance program in Southern California at no extra charge to its clients who were hurt by a dozen wildfires that killed seven people and destroyed nearly 2,200 homes in October. And Lexington Insurance Co. is testing a new “green” policy in a handful of East Coast states.

Both programs are expected to be launched nationwide in 2008.

“It ties back into our view about climate change,” said Scott Steinmetz, Fireman’s director for personal insurance and catastrophe management.

Spurring clients to rebuild to greener standards is an insurer’s hedge against climate change, and the worse and more frequent natural disasters that could be brought on by warming global temperatures, Steinmetz said.

So-called green insurance products are also a way for insurers to hook a consumer market that has grown increasingly conscious of environmental issues. The budding residential green building market is forecast to grow to $40 billion to $50 billion by 2010 from $7.4 billion today, according to a construction report by McGraw-Hill Cos.

“This has emerged as a new way to attract and retain customers,” said David Valzania, vice president of personal lines at Lexington, a unit of American International Group Inc. “We’re seizing on what we see as a significantly growing green movement.”

Sean Walsh’s mother, Patricia, has a policy from Fireman’s Insurance, and Sean says he plans to use the green upgrade program to make the new home more environmentally sound, with a particular focus on fire safety. Patricia Walsh’s $2.3 million home, which she and her late husband John, bought two years ago, was built in the 1980s and remodeled in 2000.

It had some fire-retardant materials in it, Walsh said. “The unfortunate part was that this fire was so hot and so fast.”

The new home will likely be built with wood framing that is forest stewardship-certified, which means it has been grown and harvested sustainably. The house will be outfitted with more efficient plumbing fixtures and solar paneling — ways to save utility costs and resources in water- and energy-strapped Southern California.

“My parents had looked at going solar, even before this happened,” Walsh said. “We had a lot of problems with rolling blackouts. It’s expensive to do, but it does pay for itself.

“When your house is that big, your electric bill is a big cost, your water bill is a huge cost,” he said. “It’s a huge savings down the road.”

Fireman’s is offering other types of green upgrades, as well, including paying for less chemical-heavy paints and carpeting, flooring made from eco-friendly bamboo and energy-efficient appliances, heating and cooling systems — even if those upgrades cost more.

Fireman’s Chief Underwriting Officer Don Soss estimates greener appliances and building materials will cost his company 15 percent to 30 percent more than conventional products, depending on the market. The company’s green upgrade program will be free to its California clients affected by the fire, pending approval by state regulators.

Fireman’s, which belongs to Germany’s Allianz SE, plans to roll out a similar product nationwide in the U.S. early next year, at an as yet undecided additional cost.

Lexington expects to sell its “Upgrade to Green Residential” policy at a 2 percent to 3 percent premium to its basic homeowner policy.

Typically, insurers only pay damages to make clients whole again — not to improve their position, said Valzania. “This is taking it quite a bit further.”

Although green products may be sold initially at a premium in some areas, in the future, homeowners who build to greener standards may be seen as lower risks and could be rewarded with insurance discounts or credits. That’s already happening on the commercial building side and in auto insurance, where insurers in some states are offering breaks to hybrid-car drivers.

“Some insurers perceive a ‘halo effect’ in which adopters of climate-change mitigation technologies are viewed as low-risk customers,” according to a report by the nonprofit research group Ceres, called “Insurer Responses to Climate Change.” Ceres directs the Investor Network on Climate Risk, a group of 60 institutional investors that collectively manage more than $4 trillion in assets.

Such a halo hasn’t happened yet in residential green insurance because the market is still too new, say insurers.
“