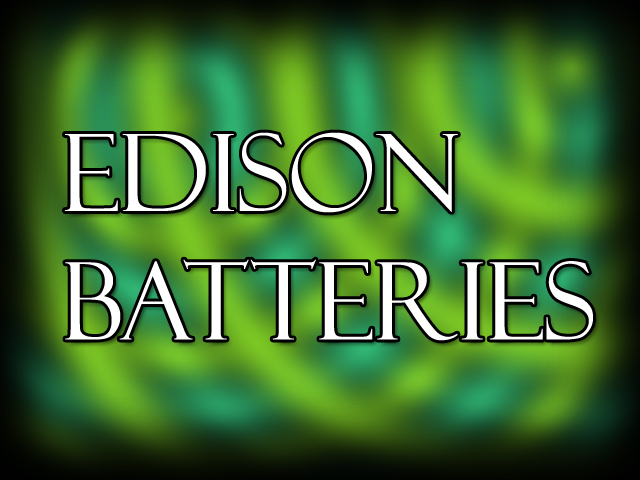 The Achilles’ heel of every off gridder has got to be the battery bank. It is generally the most expensive part of the system, especially if you are going big, but for even those of us who run a small system, the batteries are the part that are the most problematic as well as expensive.

I am hard on my batteries, I freely admit it, I run them down on a regular basis, I have gone though 3 sets of deep cycle batteries in 9 years. I have never had a large system, 2-4 batteries at most, fortunately we have never needed a large system, we run a few lights, radio, laptop, tablet, cell phone, router and internet antenna, a 12 volt water pump, a few fans and the biggest energy eater is our converted freezer to fridge unit. There are the occasional power tools that are used, but for the most part, on a daily basis, it’s just the first set of items listed.

I am on the poor side of the financial scale, I am in fact considered at poverty level, but since we have so few bills, the property and vehicle are paid for, we do pretty well on not much money. I generally don’t have the kind of money to put out all at once to get a bigger battery bank, I would also need to upgrade our solar panels (bigger and more) before even considering getting more batteries.

I did a search on YouTube for off grid batteries just to see what would come up, I know that battery technology is getting better and better as well as cheaper to buy, but to my surprise, an old technology came up in the search, Edison batteries. From what I have read, they are pretty indestructible, it’s even claimed that they would be the last batteries you would ever need to buy.

There are a couple of companies that are making and selling those batteries now, of course they are not cheap, especially since they claim to be essentially forever batteries. Watch this video and let me know what you think.
https://youtu.be/-nlD2NCJGXk