Earth night, once a week 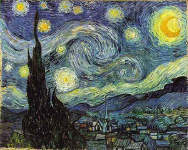 Come on darkness, my old friend Our society has become scared of the dark. So we salute Cassandra and Danny Campbell’s of Valley Glen. For them, Earth Hour comes once a week — and it lasts all night. Thursday is the family’s No Lights Night, meaning candles and oil lamps only.

“I wanted to introduce my kids to what life is like without electricity,” says Cassandra Campbell, an audio books narrator. “All kinds of things can happen when you turn off all the media.”

Darkness, she says, can be fun.

“I grew up in Connecticut, with wood stoves in a really old house,” she says. “My dad was the theater critic for the Hartford Courant, and my mom was a wild hippie who would forget to pay the light bill, and the lights would go off. So we would get plunged into the dark. It was kind of cool and romantic and interesting.”

It takes some effort, and her 10-year-old daughter wasn’t totally sold on the idea at first, calling it “boring.” Cassandra’s 5-year-old son was more enthusiastic, chiding her when she left the light on in the stove. After a few months, No Lights Nights have become a ritual, an evening of reading, playing games or just talking. Now Cassandra prepares dinner the day before so that even the stove light stays off.

The message she’s trying to teach goes beyond conservation. It’s also about entitlement.

In the mountains east of Santa Cruz, Lise Quintana has a similar tradition. For her family, Friday is the night when lights go off. The lights, the fridge, the computers. Everything. They throw all the breakers at sundown.

“It is so satisfying to watch that little spinning gauge, that horrible reminder, slow down and stop,” she says.

Quintana and her husband aren’t survivalists but, rather, pragmatists. Their power lines are aboveground and subject to fires, storms and drunken drivers. They adjusted to the fairly regular outages, but then they started thinking about the lack of electricity as a lifestyle, an experiment to see how hard it would be to live off the grid. Replacing electric light was relatively easy — with three kerosene lanterns and lots of candles.

“When I was a kid, I hated the whole hippie sensibility of a lot of candles and mirrors, and now it makes total sense to me,” Quintana says.

She’s thinking of making a home-built solar water heater out of an old fridge coil. To further reduce energy use, she says, the family keeps its refrigerator full.

“We have a Sub-Zero side-by-side refrigerator/freezer, which we keep well-stocked because your freezer works most efficiently when it has a lot of stuff in it,” she says.

After going gridless once a week for an entire month, the results are in: Their 13.3% drop in electricity usage translated to a 42% savings from their previous bill.Rosen will be leaving the area May 3rd.