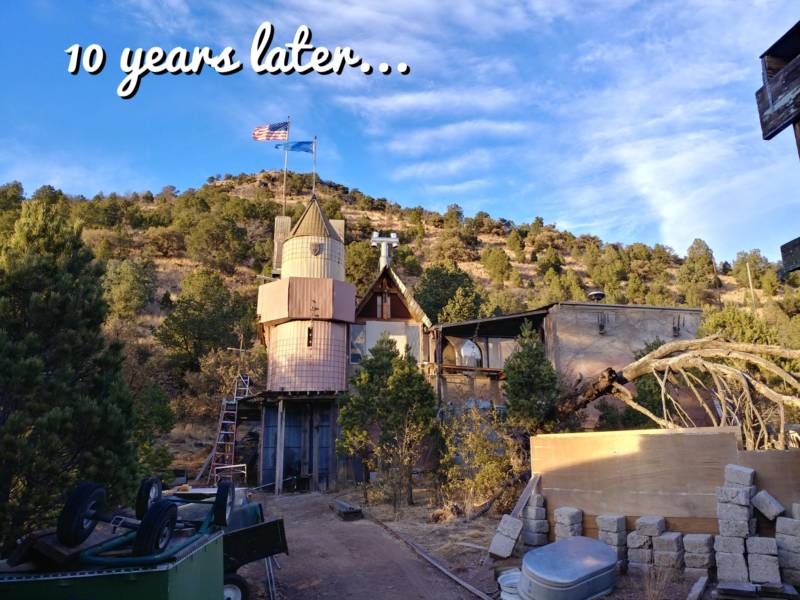 It was 10 years ago on December 22 when PB and I (and our little chihuahua Pekoe) pulled up on our property, it was 3:30 in the morning, it was 14 degrees F, the wind was blowing a gale, we had driven for 12 hours, but we made it, we were finally here, we were about to embark on our new and exciting life living 100% off grid.

We had planned on this for less than a year, yet this was something we had each wanted from childhood. It was a bit ironic, we had really never discussed our dreams to live like this, I assumed he wouldn’t want to give up his business or leave his family, he thought pretty much the same thing about me. But once we did broach the subject, we both realized it was really a mutual dream and we wasted no time making it happen.

I had worked for Best Buy for 10 years and had a small nest egg saved up through the company stock plan, little did I know that the bottom was about to fall out of the stock market, I cashed out at just the right time, and it was enough for us to purchase a bit of acreage in far west Texas, in a tiny community.

It was raw land, with absolutely nothing on it, no driveway, no pad, no utilities. In fact, it was near impossible to get up onto the property, it went from street level (unpaved dirt road) to a creekbed, then straight up about 10-13 feet, forget trying to drive up there. The real estate lady didn’t even want to take us beyond the creek bed. It wasn’t until we went back to the property a few hours later on our own that we climbed up the bank and were awed beyond belief at what we were seeing!

A quick phone call later and we had permission to spend the night on the property, we needed to see where the sun set and rose, and how much light the property actually received since we were going to go all solar. We pitched our tent and watched the sun go down. The following morning, we knew the property was perfect for us, I was in the realtor’s office throwing money on her desk. We made an offer and 30 days later we owned this little piece of paradise.

That was the summer of ’07, PB began driving out here and spending a week at a time building our soon to be SkyCastle. By the time it was nearly the following Christmas, we were here in a 16×16 box on stilts. 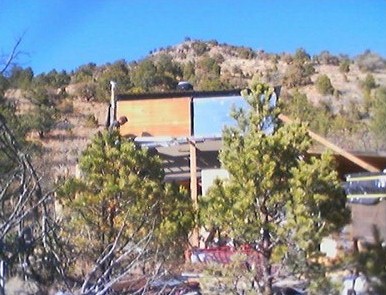 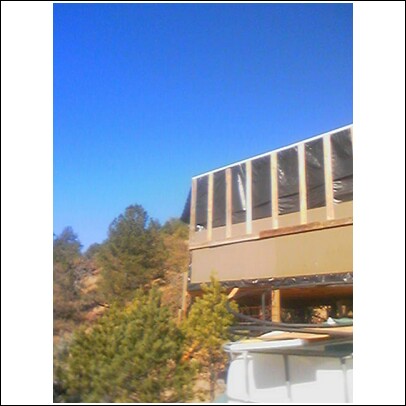 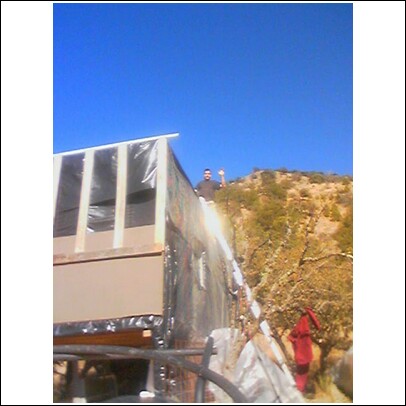 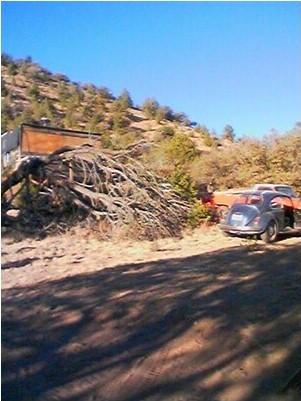 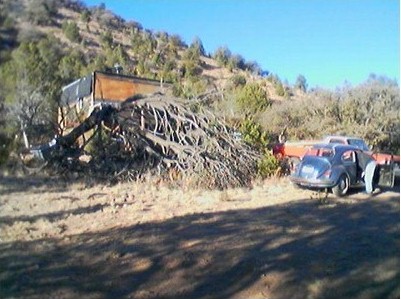 The “stilts” happened because PB set the corner posts, he was going to cut them down to size then decided not to build so close to the ground, making the top of the posts the main floor. When we arrived to start living here, nothing was finished, 2 out of the 4 walls were builder’s plastic and wire and there wasn’t a proper roof yet. Life was rough, primitive, but I wouldn’t have changed a thing.

A lot has happened in 10 years, some of you have followed me the entire time, some have dropped in later, either way I appreciate each and everyone of you.  Here is what the SkyCastle looke like as of today. 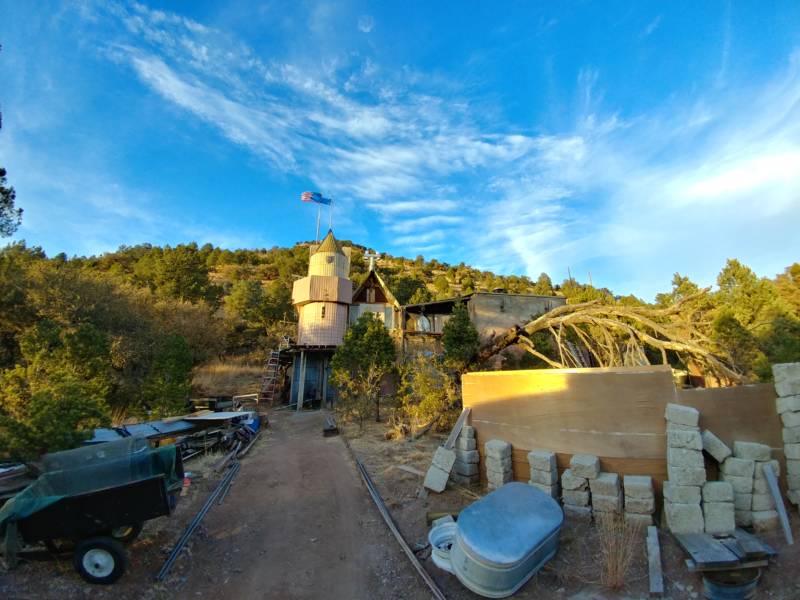 Here’s looking to another 10 years!